So today I just wanted to do something local, so I went with Randy, Marek, and Levi to a local mountain to view some Sakura Trees near Atsugi. We took a bus from the station and about 15 minutes later we were at the base of Iiyama. 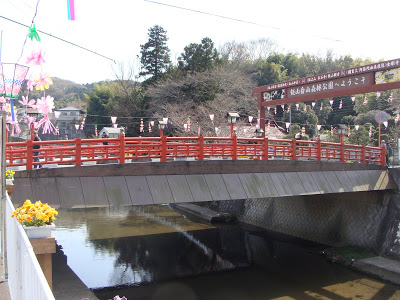 There was a big local festival that was going on too that was really neat. A lot of local schools helped out and the decorations were great. There were many stands where you could buy some interesting food. I got pretty much a roasted fish that tasted really good and later on I got a grilled corn-on-the-cob that was delicious. 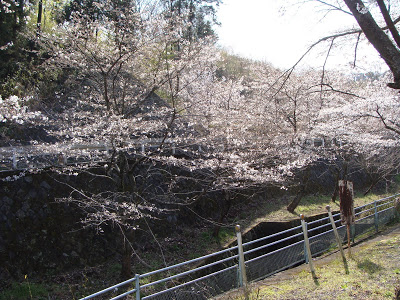 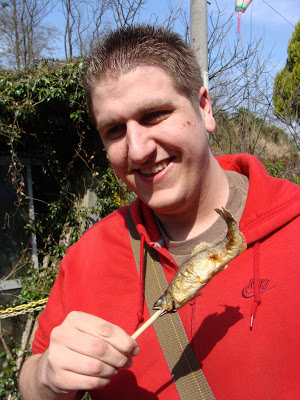 It was pretty funny too. When we got to the main festival area there was a dance show that some of the local schools put together. A bunch of students (mostly girls) would dance to different beats. It was really funny watching them dance to songs such as Beastie Boys and Black Eyed Peas, and it was kind of heart-warming too to see that American music was so popular among younger people in Japan. There were also some neat traditional Japanese dances. 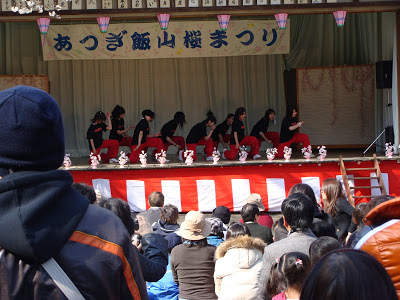 The temple was gorgeous. It had a nice view of Atsugi and it seemed really tranquil and hidden. We were the only foreigners there and everyone seemed very nice. 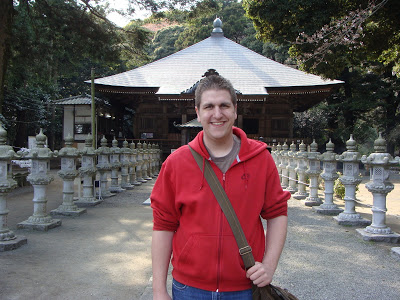 After walking around a bit, taking in the scenery, and taking some pictures of the shrine/temple, we decided to go back. It was a nice little outing and the weather was great. If I was staying in Japan longer, it would definitely be a nice place to go on a date with a girl to.

Sorry I haven’t updated in a while. It’s been a combination of having fun in Japan and being lazy. I’ll make it a point to update more from now on.

Anyways, yesterday I went with Marek, Hunglun, and his wife to Tokyo to meet up with some of his friends for Sakura Tree viewings. Every year the cherry blossom trees in Tokyo bloom on a certain weekend. I was suppose to go with another friend, but he ended up having a late night drinking and couldn’t make it.

But anyways we left the Youth Heim at around noon and headed to Korakoen. Korakoen is right by the Tokyo Dome and is also a very historic place. It was kind of neat seeing a really traditional Japanese park nestled away in Modern Tokyo. There was also this cool looking roller coaster that looked like it went almost 90 degrees.

The park (which was 300 yen entrance) was really nice. The sakura trees weren’t in complete bloom, but the ones that were blooming were amazing. It look very pretty and a bit majestic. 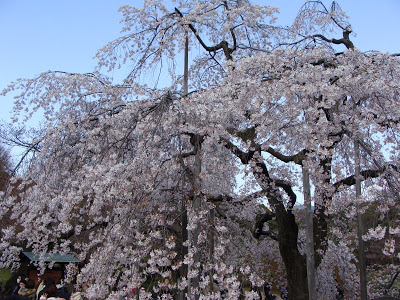 After Korakoen we headed to meet up with a few Chinese friends over at Yoyogi-koen. After a quick lunch at McDonalds, we headed to Yoyogi-koen. There were a ton of people there and the environment was really nice. After some searching, we were able to meet up with the Chinese friends. Everyone was really cool and the environment was really relaxed. Just sitting around and watching the trees, talking, drinking, and playing games. 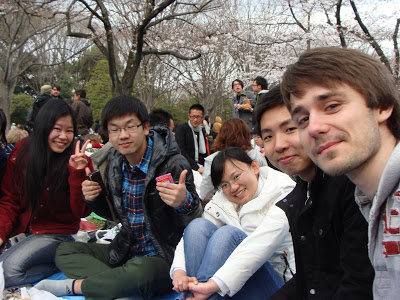 After Yoyogi-koen we went to a Chinese restaurant and had a few courses of really good authentic Chinese food. It was a ton of food and also was really cheap (1100) yen. My favorite was the Beijing Duck. 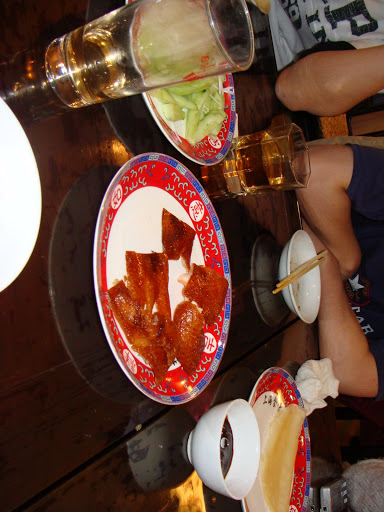 After the Chinese food we went around the area to view some of the night flowers. I forget where it was, but it was very pretty. I even took some good night shots.

It was a really good weekend, probably one of the best that I had in Japan. I met a lot of really cool new people and experienced some Japanese and Chinese culture first hand. There is another Hanami next weekend at the American army base which I may go to also.