Yesterday I went to Shinjuku with one of my friends (Hitomi) and we decided to go to the Tokyo Metropolitan Government Building. It is one of the tallest buildings in Tokyo and offers a great night view. We had a dessert and drink at the top of the building and enjoyed a great night view. 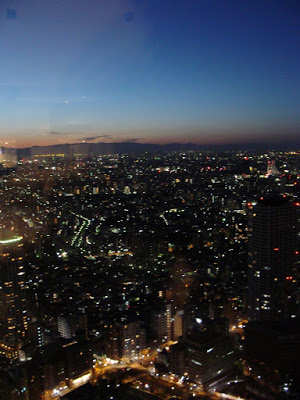 Afterwards we ate at a pasta restaurant near Shinjuku station. It was really nice and I got back to Atsugi relatively early (10ish). Problem is for some reason the next day (today) I felt crappy for some reason and had to burn a sick day :-X

So today I went with Alvaro and Randy to the Kaiten Zushi place close to work for lunch. Kaiten zushi is a type of sushi restaurant where the sushi comes around on a conveyer belt and you pick up which ever one that you want to eat. Each plate that you pick up is a different color that corresponds to a different price. The really expensive sushi plates can only be specially ordered. In our case the special order sushi was delivered by a small model train that was next to our seats. 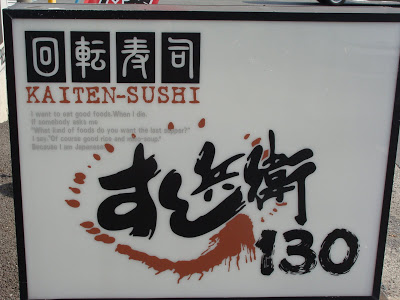 The sign “Sushi-bee”, I thought the last supper thing was funny 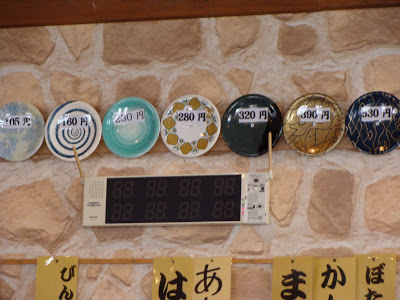 The different prices of the plates 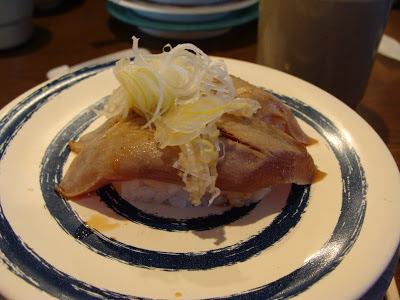 Salmon maybe?
In the evening I had a language exchange with Kozasa-san so I decided to get some food at Sukiya with Steve before hand. I got the cheese curry set, that came with a salad and a bowl of miso soup. We also got a couple of beers. 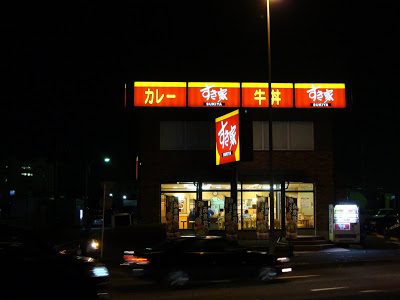 The sukiya across from AXT Tower (our workplace) 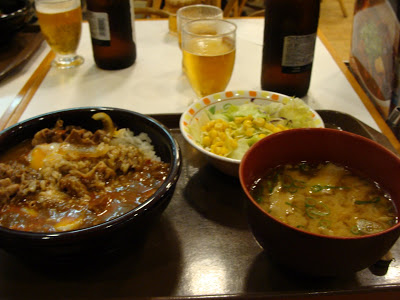 My set/combo
I try to eat as much authentic Japanese food as I can, even if it is just fast food, but sometimes I cave and just get McDonalds or Burger King. Anyways, I hope this post was interesting. I am climbing Mt. Onoyama on Saturday so my next post will probably be about that.

For some reason lately it seems that I have been way more confident with my Japanese linguistic skills. I’ve been doing as many language exchanges as I can (about three a week) and I have been studying at work every day. For some reason though lately I am just more confident when speaking to people. Maybe it is because I just reached the six month mark, but I really enjoy it.

So that brings me back to my suggestion for people coming to Japan; speak Japanese. Not only will you learn a lot, but you will also get a lot more respect from the Japanese people. I think it is a safe assumption to say that for any speaker of a western language, Japanese is fairly hard compared to other languages. Practice all that you can. Whether that means language exchanges or simply having casual conversations with people in the office, the more you speak the better you become.