Given the prospect that I am going to be out of the United States for a year, lately I have been deciding to soak up all of the things that I may miss while I am in Japan.

Take barbecue for example. From what I have heard, beef in Japan is pretty expensive. Thinking back to my Japanese class, I vaguely remember Isashiki-sensei saying something about how small steaks are in Japan compared to the United States. Luckily, I live in the motherland of beef, also known as Texas. Not only that, but I live in the best city in Texas, Austin. A couple of weeks ago I went to Satlick BBQ with a few other interns from National Instruments and it was phenominal. For $18 they just kept bringing out plates and plates of brisket, beef and pork ribs, potatos, cole slaw, and bread. The only annoying thing was that you had to bring your own beer, but in a way this was good as it prevented me from spending $4 for a pint.

I also went to a minor league baseball game. Granted, there is baseball in Japan, the styles of playing are a lot different. In Japan, from what I hear, there is a lot less emphasis on hitting hard. More times than not, the hitter is going to bunt. Since I am in Austin, I couldn’t really go to a major league game, but instead I went to a Round Rock Express (minor league) game.

Another thing I may miss about the United States is having a car. I like driving. I like being able to drive 10 miles to Walmart at 2am in the morning (go engineers!). Granted, I also like walking, I am going to miss not being able to take long roadtrips on the weekend anymore.

There are a lot of small things I am going to miss about America. Nothing really too serious though. I’m sure once I get used to cooking the food, I won’t have a problem with that. I will however miss America’s beer. 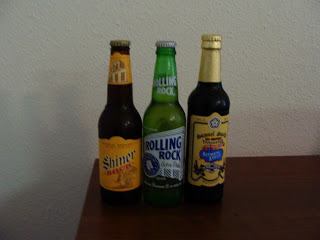 I like Asahi and Sapporo, but nothing beats a nice cold Shiner or Rolling Rock. I have been told there are a lot more varieties of Asahi and Sapporo compared to what we have in America, so I’ll have to wait and see how I like them.

All this being said, I am so excited to go to Japan. It still is kind of surreal in a way. In about a month, I am going to be 6500 miles from Texas. I can try to prepare all I want, but once I get over there it’s the real deal. Am I nervous? A little. But being a little nervous is good as it keeps me on edge. I am going to be living over there for 12 months. That’s insane. I can study the Japanese language all I want, but I’m sure once I get over there I will realize how little I know. I’ve already got in the mindset that I am going to be as reserved as I can in Japan. I am representing Texas Tech University, and in a way the United States. I want leave people with a good impression.

I will make one more post here before I leave. Right now, I need to concentrate on finishing everything that needs to be done with my current job.

And finally, for all my buddies in Engineering, I had to post this. 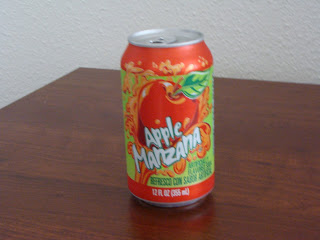 Apple Manzana, you might be what I miss most about America.